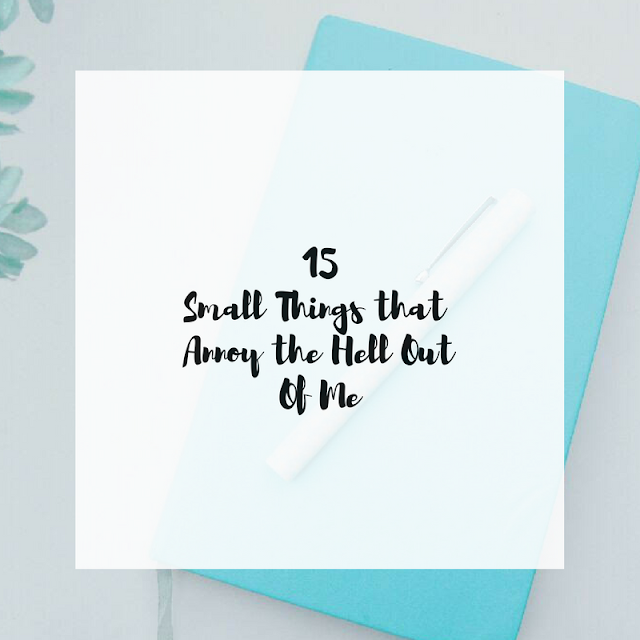 I ran a poll on Twitter a few weeks back asking if you guys would be interested in reading a little pet peeves/things that annoy me post. So here it is, by popular demand, 15 small things that annoy the hell out of me.

This post is a mix of both silly and serious things that annoy me. Enjoy!

15 Small Things That Annoy the Hell Out of Me

2. Jeans that don’t fit perfectly. I have really small ankles and knees but I have thighs and a butt so jean shopping is literally the worst. If the jeans fit me on my butt, they end up being too big on my knees and if they’re tight at my ankles and knees, they’re way too tight for my legs and butt. Major inconvenience.

4. Hair shedding. I can’t stand how much hair I find all over myself and my apartment and my car and wherever the hell I am. I have a full head of hair but somehow shed like crazy. It’s annoying and it’s gotta go.

5. Trash talking your ex. I see quite a few people do this on Facebook. They spend all day talking shit about an ex who they “don’t care about at all”. If you didn’t care about them anymore, you wouldn’t feel the need to talk about them all the time. Venting is one thing but some people really need to chill.

6. Bragging about how much coffee you consume. Or alcohol. Listen, most people drink coffee and alcohol, there isn’t anything special about the amount you drink. Unless you’re drinking it on Mars with a 2 inch tall giraffe, I don’t want to hear about it.

7. People talking about things they don’t know much about. I saw a tweet the other day with a ton of likes and retweets claiming a food was bad for you and I didn’t believe it. A quick google search showed me this person had no idea what they were talking about, yet they had all of these people who believed them. Please, don’t spread false information people, it could be damaging.

8. Waiting lists for subscription boxes. This is the exact reason I ended up not getting an Ipsy subscription. It’s just annoying that they have you place an order to put you on a waiting list.

9. Live tweeting TV shows.  I’m not going to tell you what you can and can’t do on twitter, who am I to anyway? But I can’t stand it when I’m scrolling through my feed and I see 60+ tweets from the same person just discussing their thoughts on every second of a TV show.

10. Guys who assume girls post sexy pictures for them. Or people who have anything to say about what kinds of pictures a girl posts. If a girl wants to post something sexy or provocative fucking let her! Sometimes we’re feeling ourselves and just want to show off, it doesn’t necessarily mean we want attention.

12. People who make comments about fast food. Don’t be a buzzkill and tell me that eating Chicken McNuggets is bad for me, like I obviously know. I’m eating them because they taste good not because I’m trying to be healthy. A little fast food every once in a while is fine, everything in moderation.

13. The idea that skinny/slim/fit girls can’t be insecure. Insecurity is something that varies for everyone and to say someone can’t be insecure just because their body looks a certain way isn’t right. Don’t do it.

14. Tan lines. I try really hard to not have them, but they always end up showing up.

15. People who try to push their views onto others. Whether it be religious beliefs, political views or what they eat, people always feel a need to try and convince others to believe what they believe. Here’s some advice: leave people alone and let them believe what they want.


What are some of your pet peeves? I would love to know! Leave me a comment!


Thanks for reading!
XOA! 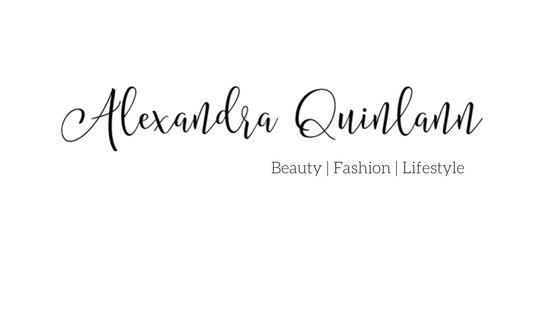 beauty blogger. self proclaimed churro queen. living a truly beautiful life, and showing you how you can too!

this red tho 😍⁣ ⁣ @influenster and @joahbea

super cute underwear delivered straight to your do

This error message is only visible to WordPress admins